The University has the privilege of having Prof. KVSM Krishna as its Vice Chancellor. The University has seven institutes imparting education in different disciplines, engaging highly qualified faculty. The faculty body consists of motivated individuals, many of them with advanced degrees (Masters and Doctoral) from the IITs, NITs, top US universities and other high-quality institutions.

In pursuit of the provisions of the Act constituting the University and to have sound transparent administrative function, all the authorities of the University like Court, Executive Council, Academic Council and Finance Committee have been functioning and yielding desired results.

Brig. Sumar Vir Singh, along with his Proctorial Board keeps constant vigil on the activities of the students. 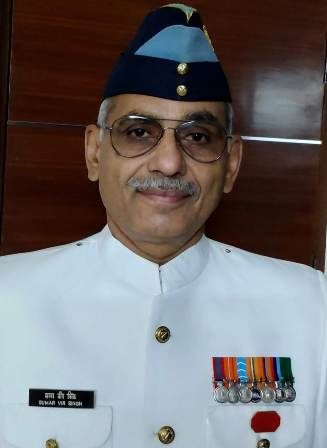 Brigadier Sumar Vir Singh is a veteran from Indian Army where he worked as an educationist in the Elite Army Educational Corps. During his illustrious career of 33 years in Defence Forces, he had stints in educational planning, resource management, strategy, operations and monitoring including resource and training audit and administration. He has worked as an instructor in a highly competitive and challenging environment at three category ‘A’ establishments of Indian Army i.e. Indian Military Academy Dehradun, College of Military Engineering Pune and AEC Training College & Centre Pachmarhi. He has also served as an executive head of Human Resource Development Centres at various formation headquarters of Indian Army, as a Principal and a Vice Principal of residential schools, as Commandant of a category ‘A’ establishment, and also as Deputy Director General of Right to Information (RTI) directorate at Army Headquarter. At the time of his superannuation from Indian Army, he was heading Army Educational Corps Training College and Centre, Pachmarhi, an autonomous College under Barkatullah University and a premier institute of Indian Army.

He took over the responsibilities of Registrar, Mangalayatan University, Aligarh on 02 March 2020.
Skip to content